Today on Alphabet City: Jon Paul is confronted by a guest star who isn’t so sure about his characterization.

Like other parents, end of August means back to school time in my household, including a trip to the doctor for a check-up and shots.  Now, my seven year-old fluffy Frida is technically 49 years old in dog years, but we still have all the little kid problems like allergies and eye infections.  There are even treats in the waiting room to induce excitement in Frida about seeing her pet-iatrician, whom I describe in Alphabet City’s Episode 15 as “our trumpet playing Argentine vet Dr. Moscovich—think facial expressions of Sid Caesar with the comic timing of Desi Arnaz.”

Dr. Moscovich hasn’t made a guest appearance in my sitcom life since the book came out in March.  I sent him a copy, and marked the page where he appears, but didn’t hear anything back.  I assumed it had gotten lost in the mail, so didn’t think anything of it until I walked into the examining room and was greeted with his booming, heavily accented voice.

“Really?  You didn’t know it was me?  My picture with Frida is on the cover.”

His eyes bugged out of his head—a dead ringer for the whacky comedian if ever I saw one.  For the most part, I try to be flattering with my descriptions of guest stars in my life. After all, I want them to feel comfortable appearing back on the show.  I hadn’t run into anyone yet on book tour that objected to their description.  For a moment, I couldn’t tell what Dr. Moscovich thought of his characterization—and as my little girl’s caretaker, I couldn’t afford for him to take issue.

“So I called my friend Joe.  A professor in Ohio.  And terrific saxophone player, by the way.  And I said, ‘Joe, who is this Sid Caesar?’  He said, ‘Why you want to know?’  And I said, ‘Some guy wrote in a book that I’m a cross between Sid Caesar and Desi Arnaz.’  Joe started laughing so hard he could barely speak.  He finally said, ‘That guy has you pegged!’  So I guess I better find out more about this Sid!’”

As I packed up Frida for our trip back up town to Washington Heights, I looked over her updated rabies vaccination form that had the day’s date—September 5th.  It would have been my father’s 77th birthday.  I poked my head back into the examination.

“Hey Dr. Moscovich, my father left me some of his DVD collection.  I’m going to send a few your way.  There are some Sid Caesar shows I think you’ll enjoy.”

He smiled and gave Frida an extra treat.  She wagged her tail, and had a little skip in her step as we headed to the subway. 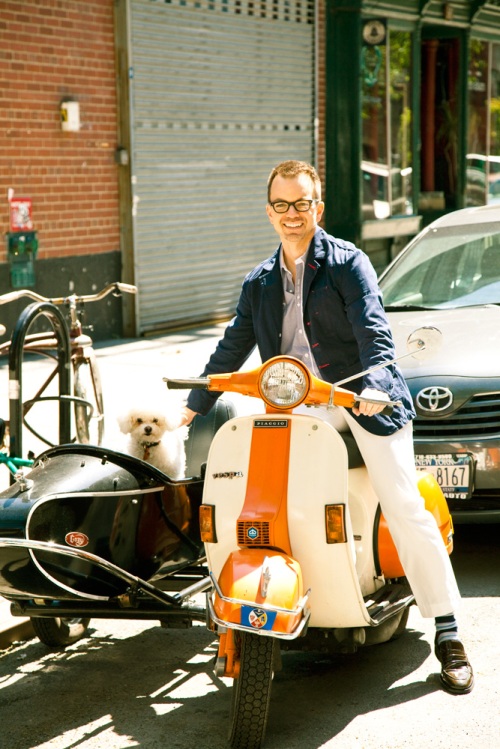